Construction of the Hopscotch Crosswalk Colossus at the corner of Eutaw and Lombard Streets in downtown Baltimore is now complete. As the public continues to show their excitement in person and online, I thought I would share a few initial shots and a little background on the project. My project is one of three sets of artist-designed crosswalks made possible by Baltimore Office of Promotion and the Arts for the Bromo Seltzer Arts & Entertainment District. To the BOPA open call, I responded with the following proposal:

The Monumental City is played by giants among many – the business person, the bird, the worker and you. Hopscotch Crosswalk Colossus is an intersection of four oversized hopscotch-court-crosswalks, each featuring a quintessential Baltimore path-print. Featuring the shoe, the bird track, the boot and the footprint, the project is a monument to the people who populate the Bromo Tower Arts & Entertainment District and make Baltimore The Greatest City in America.

North Side: The Shoe – The Towering Businessperson skips east approaching downtown skyscrapers.
East Side: The Bird Track – The Superbird Champion hops south heading to Camden Yards and The Raven’s Walk.
South Side: The Boot – Wobbling west The Worker passes through a former garment district built by labor.
West Side: The Footprint – The Hippie Artist bounces north with abandon towards lofty digs in the Bromo Tower Arts & Entertainment District. 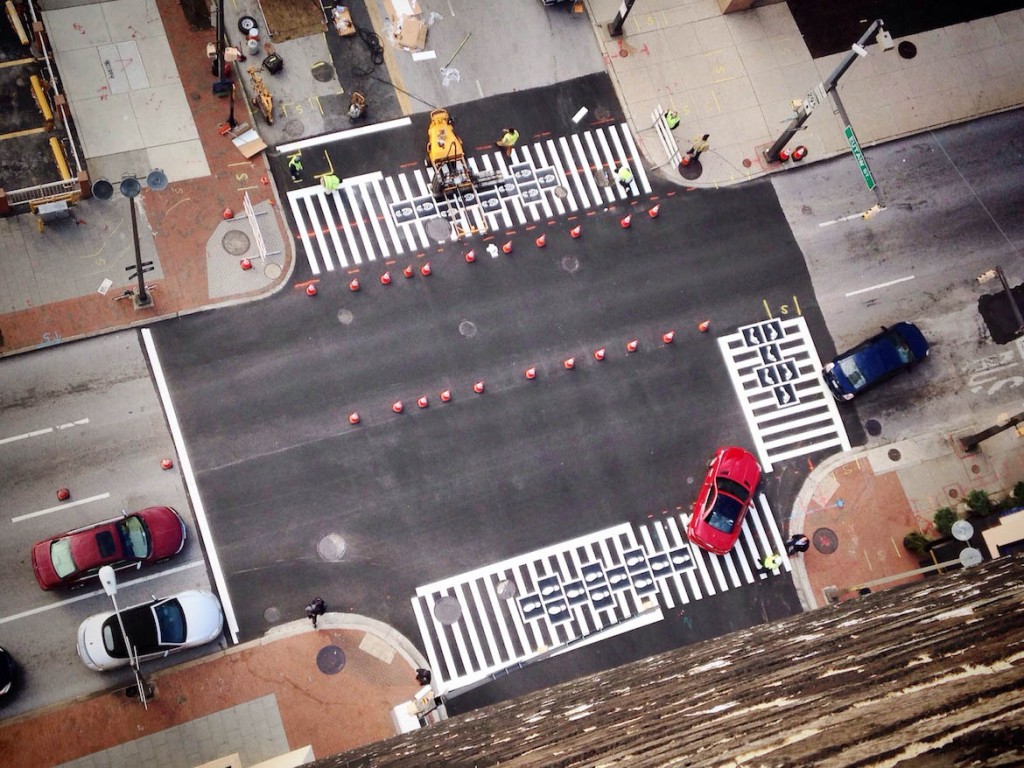 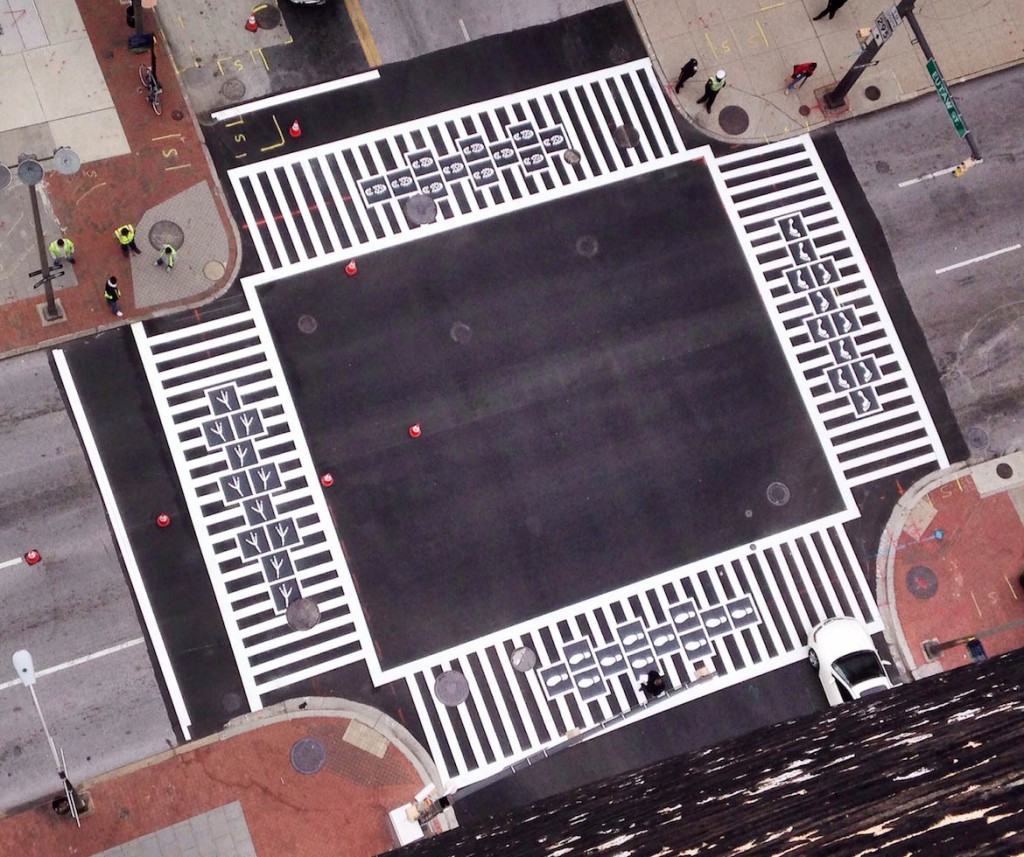 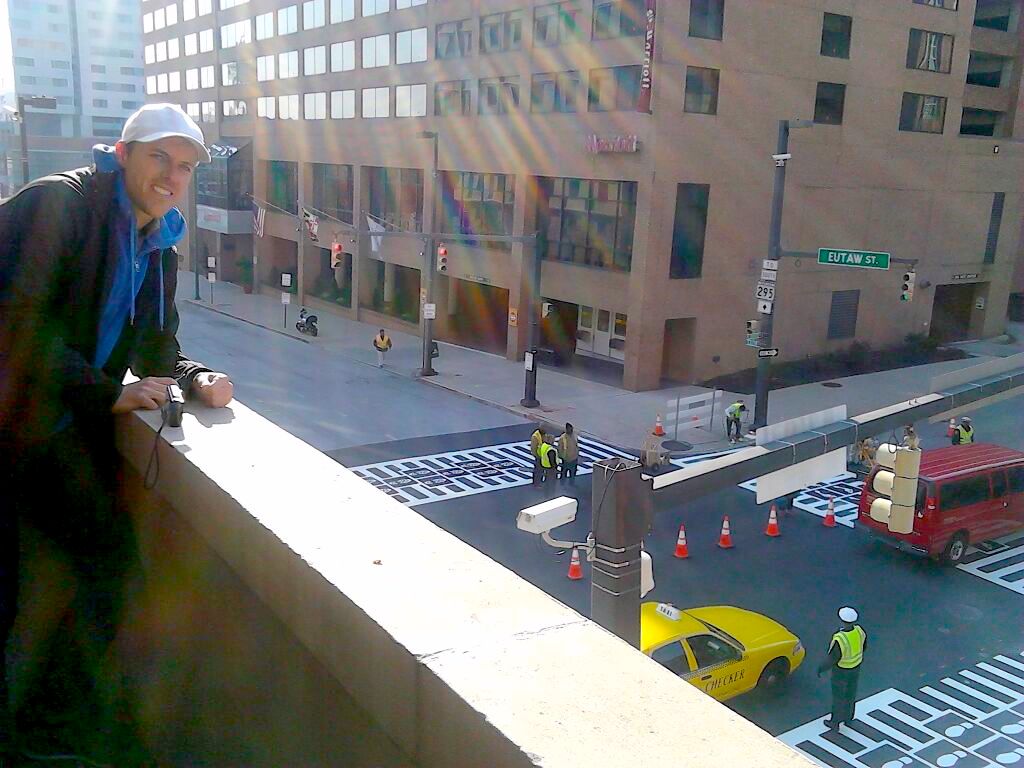