June 24, 2011 – Tinges Commons presents Vistaflow, a combination water and watchtower by sculptors Joshua Wade Smith and Graham Coreil-Allen and kiosk painting installation by artist Ryan Neely. Constructed entirely of reclaimed materials, the elevated platform and cistern will feed a gravity-fed, garden irrigation system while serving as public observation deck and hangout spot. Participants are invited to climb, stand, sit and relax on the site-specific, pedestrian furniture while enjoying a ceremonial demonstration of the new watering system. Meanwhile, the adjacent Kiosk will feature a wrap-around painting of geometric abstraction derived from the tower architecture and surrounding public space. Food from the garden will be served and all are welcome.

Tinges Commons at Mirkwood Estates is a community garden and collaborative public art space located on the southeast corner of 33rd and Frisby Streets in Waverly. The site of organic interaction is sponsored by the Better Waverly Community Organization, Greater Homewood Community Corporation, Parks and People, John Hopkins University and Charm City Cakes.

With nearly 200 participating artists and a sprawling campus of art sites around west, downtown Baltimore Transmodern has begun! This year I am involved with two of the many shows and events: campcamp and Pedestrian Service Exquisite. This festival represents and incredible array of Baltimore’s finest in underground performance. More info at transmodernfestival.org.

An exterior exhibition and interactive multi-disciplinary installation for which no prior survival experience is required for participation. Artists will create environments or installations that embrace the participatory and the habitable while expanding on standard campsite deliverables. Organized by Marian April Glebes, in collaboration with Fred Scharmen and C. Ryan Patterson. 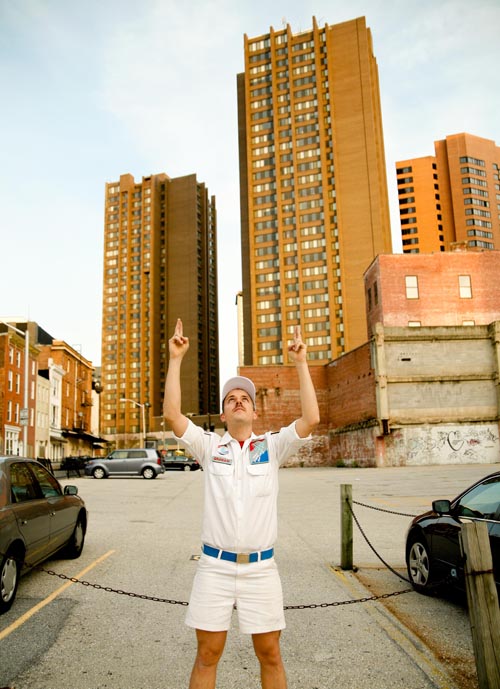 May Day is our day of merrymaking to celebrate re-generation, renewal and creation! It is in this spirit, that Pedestrian Service Exquisite (PSE) presents an afternoon of urban safari featuring performance, action, and revelry on Sunday, May 1, 2011. Expect tours, interventions and participatory site-specific works that celebrate regeneration, sustainability and notions of creating anew!

NPS – Drifting Monument
During 15 minute tours that explore some of downtown’s invisible sites and overlooked features, participants will be invited to fill up a wagon with symbolic litter, discrete mementos, entertaining debris and anything else deemed valuable. At the end of the tour, the drifting collection will be deposited around a monument of labor and place. All participants get a free button!

Thank you to everyone who joined me on the New Public Sites – Arlington Drift walking tour last Saturday. From undead condo projects to underground rivers, I learned a lot during our hour-long journey together. I hope you enjoyed seeing Balston’s invisible sites as much as I did. May our floating zone of radical pedestrianism continue with infinite freedom. 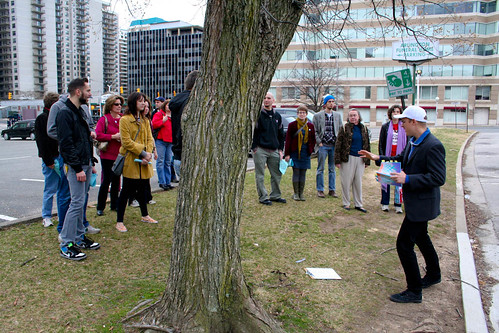 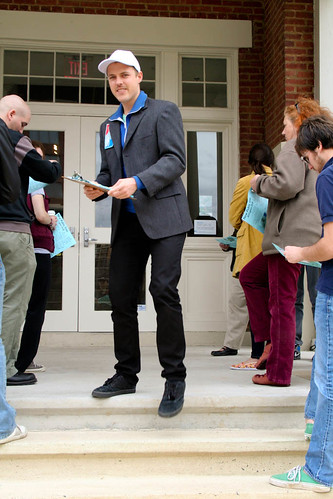 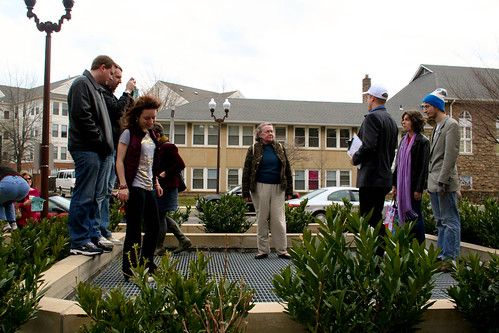 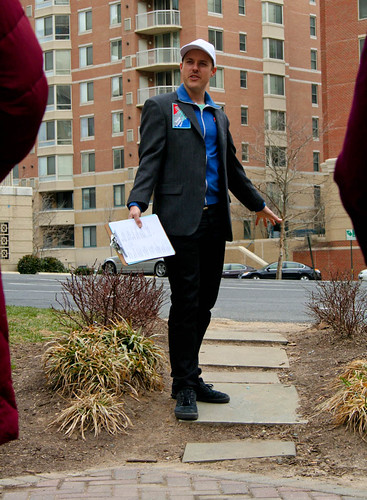 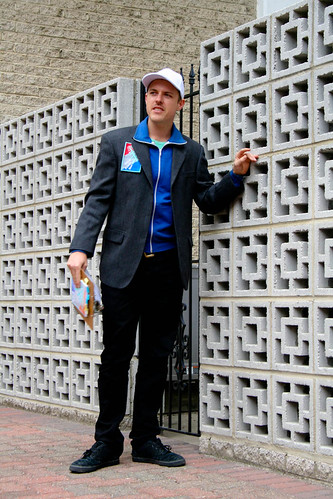 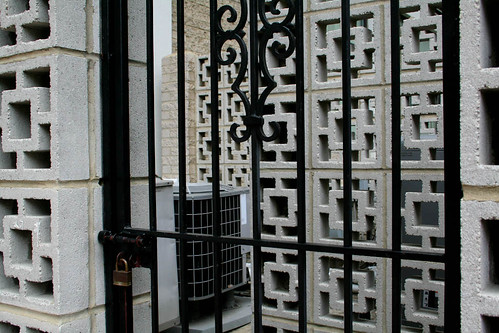 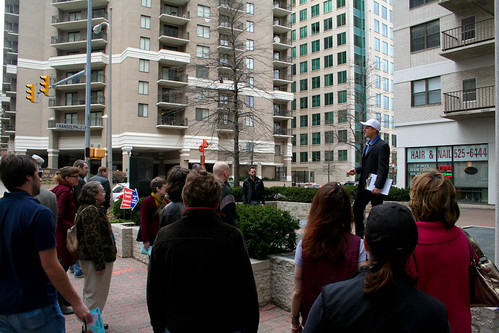 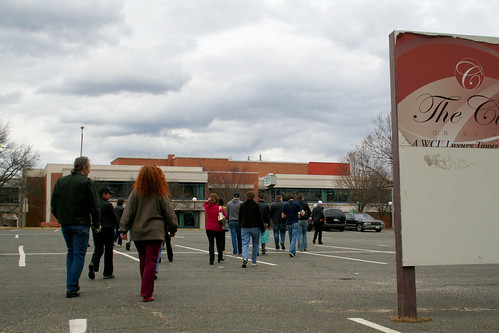 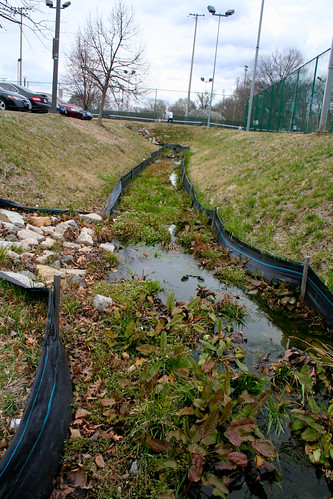 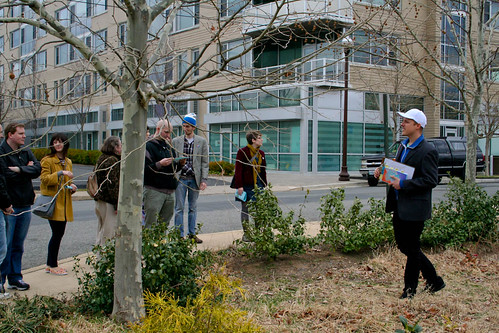 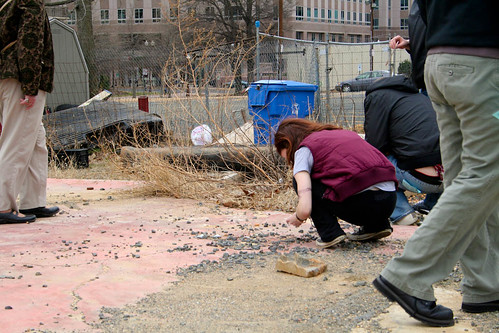 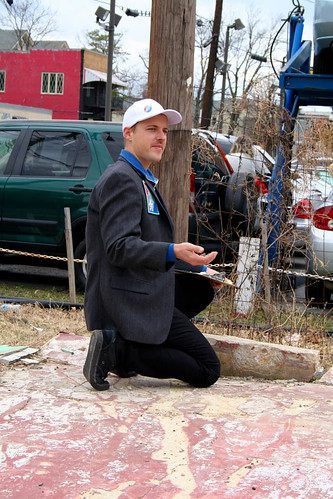 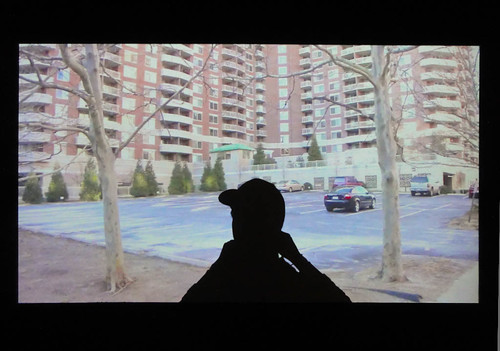 Join me on March 5th, 2011 as we explore a thrilling urban sublime while drifting through the liminal zones of Arlington’s Ballston neighborhood. The tour will feature twelve New Public Sites, including new types such as HVAC Exhaling, Skygate and Reflexive Moment. All participants get a free New Public Sites button and unlimited edition, color map.

ON THE ROAD features artists who work in the world, away from gallery or studio environments, inviting unexpected encounters. Many of their projects are created in temporary residencies, and explore tourism, informal public spaces, and nomadic peoples. 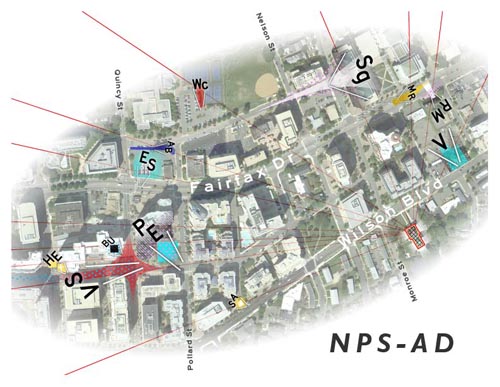 Among towers, over voids, within our fleeting reflective movements
there live vistas invisible and playscapes for all.

Immersed in the sublime matter of place,
grasping these moments of our daily passing,
drifting through infinite sites of freedom,
we test the limits of space public
and cultivate situations unseen.

All featuring sites within walking distance from the gallery.
ON THE ROAD
Arlington Arts Center
FEB 2 – APR 3, 2011 Opening Reception: FEB 4, 7 – 9 PM
ON THE ROAD features artists who work in the world, away from gallery or studio environments, inviting unexpected encounters. Many of their projects are created in temporary residencies, and explore tourism, informal public spaces, and nomadic peoples. 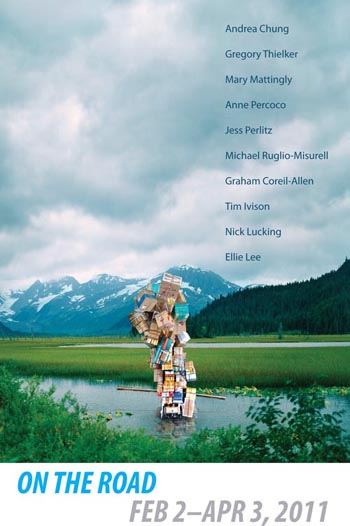 Phoenix Shot Tower
corner of Fayette and Front (near President st, end of I-83)

From the theft of fire [by Prometheus], to contamination through water [Leviticus]; echoing the home of invention and the cornerstone laying by Charles Carroll of Carrollton; a commercial enterprise dissolves the myth of bullets and opens onto hope as poison at the bottom of Pandora’s box.

Scattering the fragments of history to the sound of falling water, this once tallest building in the US becomes a site of modest explorations and play.

Exchanging historical vistas from the tower’s rooftop with street-level contemporary sites, Views From Below re-views the iconic Phoenix from overlooked, interstitial vantages. Hanging within the frame of the “Views From the Top” educational display, pedestrian photos of the tower hover directly in front of skyscraper views from the tower. Instead of looking out from above, the participant looks towards from below. Free maps locate the vista-reversals, encouraging participants to see the new public sites for themselves. Drifting pedestrian views subvert the tower’s rarefied vistas by situating the participant within accessible moments of invisible public space.

New Public Sites
Situated within disparate urban zones of overlap, rupture, ambiguity and interstice, the ongoing New Public Sites project addresses how lost spaces and overlooked features of the city are experienced at a pedestrian level. The project starts with a radically expanded understanding of civic space and proposes alternatives for representing and activating the potential for such under-recognized sites. 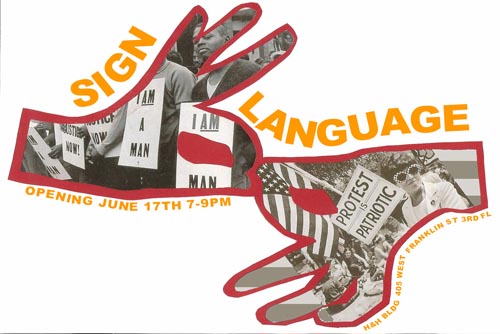 This is the full version of the videos I featured at my thesis show, plus title graphics.

Below is my updated NPS-MBX google map, now with videos! Click on video titles to watch in HD.

Opening this Friday at the Creative Alliance, Specter Polis is a collection of short videos focusing on arresting moments of the spectacular sublime as they quietly arise within invisible corners of the city. Videos such as, Natty Boh Utz Girl Billboard Wafting Destruction, Baltimore Heavy Metal Scrap Yard, and Walking on Plastic Reeds capture urban movement, veracity, force, and uncanny calm.