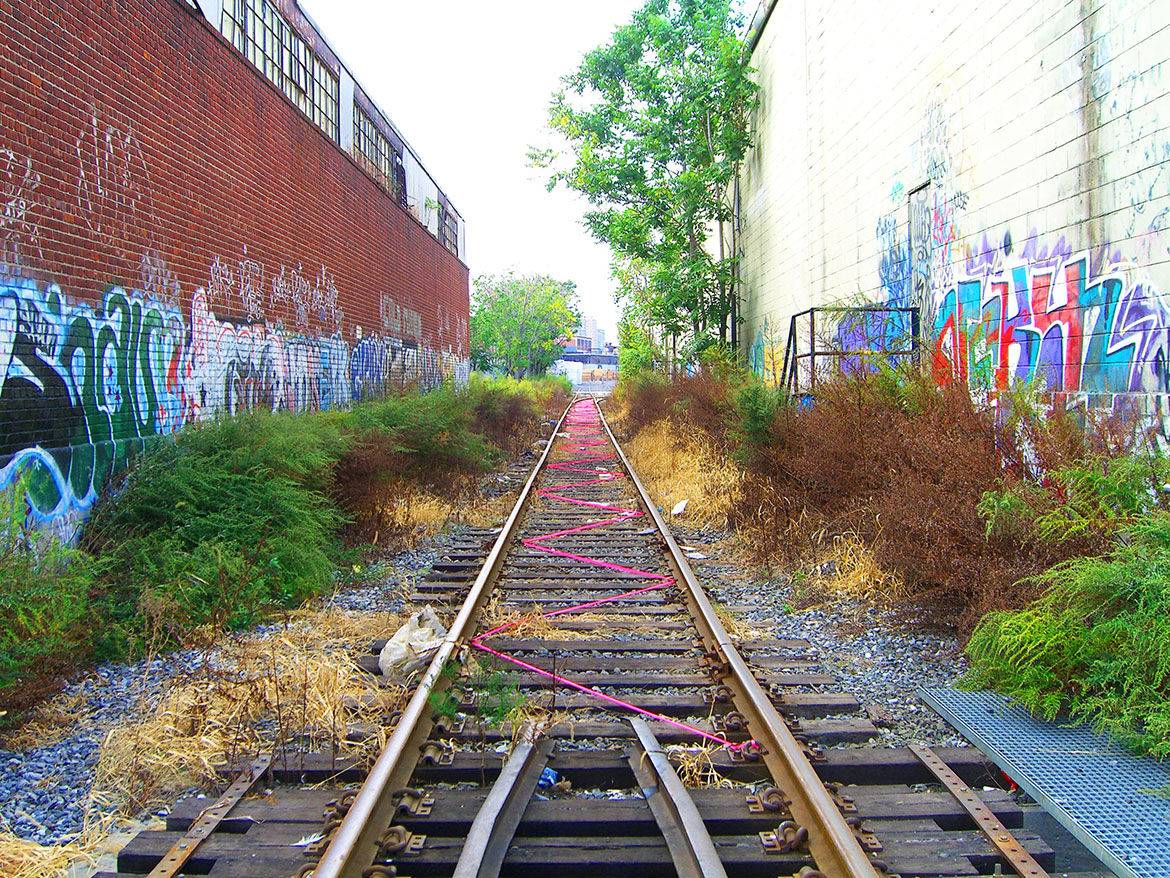 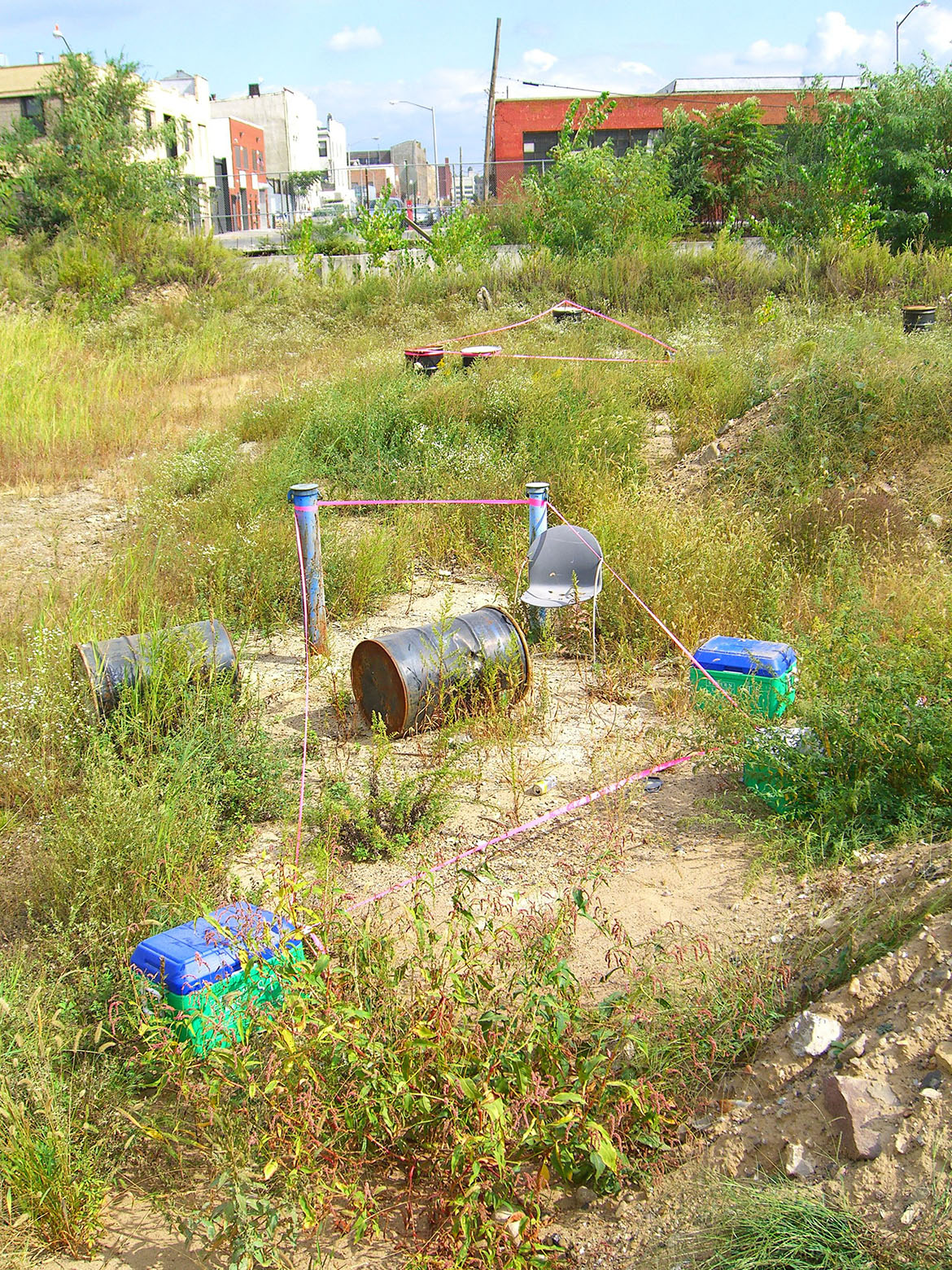 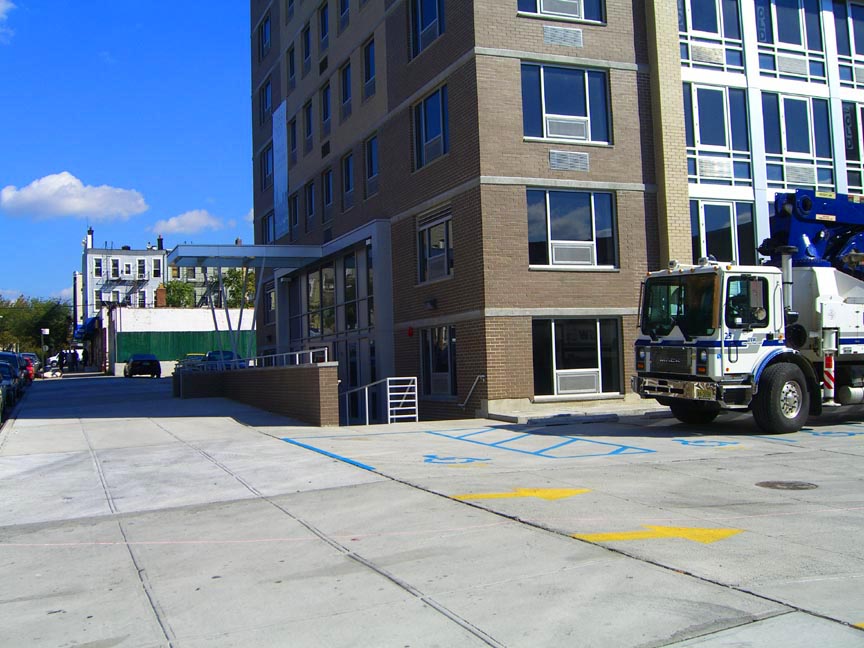 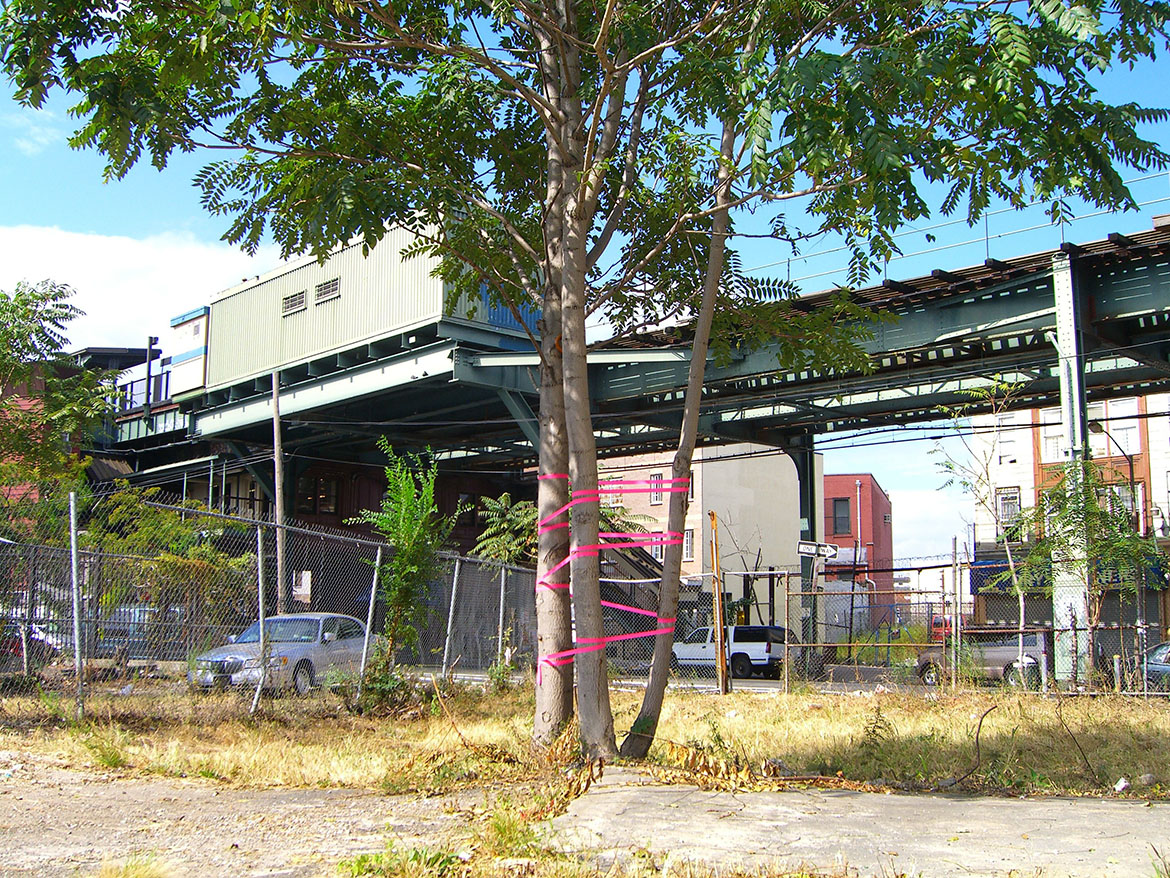 New Public Sites – Bushwick, is a collection of four site-specific installations located in appropriated “public” spaces in Bushwick. The sites differ from traditional public spaces in that they are privately owned and have fallen into various forms of “disuse”. The installations consist primarily of subtle incursions of surveyors tape. Gestures of bright pink lines suggest possible paths or points of focus. Participants are invited to investigate each site with caution and curiosity. Explore at your own risk.