The New Public Sites (NPS) tours are free and open to the public as part of RedLine’s 48 Hours of Socially Engaged Art and Conversation summit. The first tour will take place on Wednesday, August 10 from 11am-12:30pm, and focus on sites of heritage and change around Welton Street. Stops will include Lawson Park, Cousins Plaza, speculative/construction sites, and the Five Points intersection itself. The second tour will take place on Thursday, August 11 from 6-7:30pm, and will investigate the positive and negative impacts of urban planning and development around the RiNo arts district. Sites will include Broadway’s triangular spaces, Sustainability Park, and The Temple.

During the tours, Coreil-Allen will recite poetic terms and definitions identifying specific types of public sites and experiences unique to Five Points. Along the way, he will also invite neighborhood experts, such as residents, workers and other stakeholders, to help identify, interpret, and activate their own public spaces. The tours will culminate with participants contributing found objects, wax rubbings and poetic writings to an immersive map installation at RedLine.

I’m honored and excited to acknowledge my role helping to co-organize the art voting initiative Citizen Artist Baltimore along with my friend and fellow arts and equity advocate Rebecca Chan. Citizen Artist Baltimore is a non-partisan advocacy effort that is helping to mobilize the creative community in Baltimore City, by providing the opportunity for mayoral candidates to outline their positions and goals related to arts, culture and humanities. The effort serves as a call to action for individuals, organizations, and institutions to work together to advance inclusion of these issues in the April 2016 Primary Mayoral Election and beyond. The initiative also encourages voter registration and long-term engagement in the democratic process. We are collecting the top priorities of people who care about the arts through a citywide series of six facilitated listening sessions in January 2016. Input gathered from these listening sessions will be used to inform a questionnaire that will be sent to mayoral candidates in February. All candidate responses will be made public, and will culminate in a March candidate forum leading up to the April 26, 2016 Primary Election.

As all of my public art projects, I’m operating in a few different ways to to amplify our message and mobilize participants. As the initiative’s Creative Director, I designed the the #CitizenArtistBmore visual identity above, built the website, assisted with co-writing all of the copy featured, am designing all of the print collateral (such as these fun buttons), and am documenting events and pushing a multimedia story out across our facebook and twitter pages. As a co-organizer, I’ve been working closely with Rebecca, GBCA, MCA and our diverse steering committee members to host our series of six listening sessions across the city. We talking with anyone who benefits from arts and culture about their top priorities with it come to the arts, Baltimore City, and our next mayor. From block parties and creative upstarts to public art and marching band performances, the arts have for decades been making a tremendous social and economic impact in Baltimore. We all know this and want to make sure that the next mayor includes arts and culture in their vision for healing and strengthening an already vibrant and unparalleled cultural epicenter: Baltimore, the Greatest City in America.

Phoenix Shot Tower
corner of Fayette and Front (near President st, end of I-83)

From the theft of fire [by Prometheus], to contamination through water [Leviticus]; echoing the home of invention and the cornerstone laying by Charles Carroll of Carrollton; a commercial enterprise dissolves the myth of bullets and opens onto hope as poison at the bottom of Pandora’s box.

Scattering the fragments of history to the sound of falling water, this once tallest building in the US becomes a site of modest explorations and play.

Exchanging historical vistas from the tower’s rooftop with street-level contemporary sites, Views From Below re-views the iconic Phoenix from overlooked, interstitial vantages. Hanging within the frame of the “Views From the Top” educational display, pedestrian photos of the tower hover directly in front of skyscraper views from the tower. Instead of looking out from above, the participant looks towards from below. Free maps locate the vista-reversals, encouraging participants to see the new public sites for themselves. Drifting pedestrian views subvert the tower’s rarefied vistas by situating the participant within accessible moments of invisible public space.

New Public Sites
Situated within disparate urban zones of overlap, rupture, ambiguity and interstice, the ongoing New Public Sites project addresses how lost spaces and overlooked features of the city are experienced at a pedestrian level. The project starts with a radically expanded understanding of civic space and proposes alternatives for representing and activating the potential for such under-recognized sites. 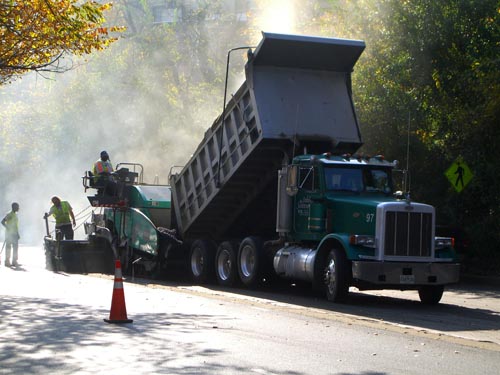 Opening this Friday at the Creative Alliance, Specter Polis is a collection of short videos focusing on arresting moments of the spectacular sublime as they quietly arise within invisible corners of the city. Videos such as, Natty Boh Utz Girl Billboard Wafting Destruction, Baltimore Heavy Metal Scrap Yard, and Walking on Plastic Reeds capture urban movement, veracity, force, and uncanny calm.

You are invited to “Learning How To Make New Friends”, the inaugural show at mack b gallery’s new project space.  The reception will run from 6-11pm, with live music starting at 9.  I will be showing a new installation, entitled ” Sarasota Densification Fantasy Map”.  Stop by and let me know how it goes!